As the 1800s chugged along, industry’s need for higher pressure vessels increased. The use of steam power expanded as well as the need for craftsmen who could build boilers. Designs became more complex, and the need to build safe and practical vessels grew more specialized. During this time, boiler making had evolved into its own craft, requiring precise skills and creativity to meet the ever-growing challenge for more powerful machines. Ships, trains and plants to power the two nations required the skills of boilermakers.

While the uses of steam power grew, so did the demands of workers for fair working conditions and a fair wage. The 19th Century proved a tumultuous time for worker’ rights, so the working class turned to forming unions to increase their power and influence. After the Civil War, boilermakers began to organize in earnest. At the time, a boilermaker earned around $30 for 10-hour day. Workers did not have health insurance, pension or paid holidays. Children were working 10 and 12-hour days. And safety on the job was of little concern to employers.

While it’s not recorded when Boilermakers began working in field construction, by the early 1900s, members were building the Los Angeles Aqueduct. During the last century members, along with other crafts, even worked on Panama Canal.

As the 20th Century progressed, the union continued to support working people by joining with other unions to bring about an end to child labor. Boilermakers fought for and won wage protections, safety on the job and the eight-hour workday, to name only a few safeguards that organized labor brought into existence.

During the free world’s fight for liberty in WWII, and with President Franklin D. Roosevelt’s New Deal, members went back to work after the Great Depression and increased the union’s membership to meet the needs of war production—especially in shipbuilding. Even then, the union’s fight for workers’ right continued.

By mid-century, it became evident that many problems the union faced were due to poor legislation passed in Washington D.C. In the 1960s, the union created the Legislative Education Action Program to structure the Brotherhood’s political education efforts. During the last half of the 1900s, unions fought against increasing globalization that sent American and Canadian manufacturing jobs overseas to produce cheaper goods—only possible because employees earned and continue to earn poverty wages.

Now in the 21st Century, the union continues to fight for good middle-class jobs and worker protections. The union aims to increase membership and job opportunities through its most recent trust: the M.O.R.E. Work Investment Fund. Throughout its 100-plus years in existence, the union has been proud to represent its workers and continue the fight for unity, progress and protection.

THE BOILERMAKERS & THE GATEWAY ARCH

Standing at 630 feet, the Gateway Arch on the St. Louis riverfront is one of the most remarkable national monuments in the United States. While a number of unions received recognition for their work in building the Arch on site, it was several hundred Boilermakers in a small Pennsylvania town that actually crafted the Arch sections and loaded them onto rail cars for the trip to their final destination. 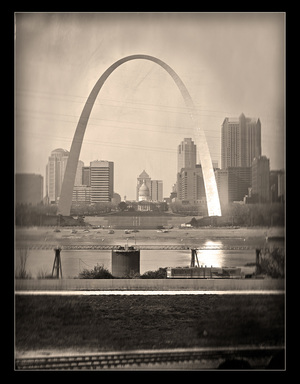 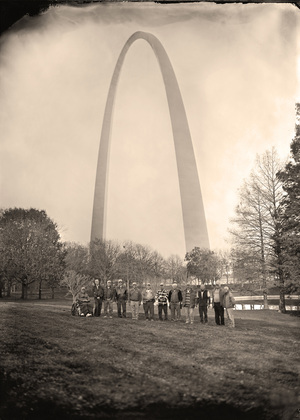 Throughout the centuries, members have helped to build and power North America. And the Boilermaker History Preservation Department works to preserve the union’s history through growing Boilermaker archives, logging historical artifacts and documents associated with the Boilermakers, its members, and its lodges.

The union outlines its history online at the Boilermaker Museum of Photography and Film. The virtual museum hosts historic images and videos of past Boilermaker projects such as the Saint Louis Gateway Arch. We invite Boilermakers to submit their own images — current or historic — to grow the collection.